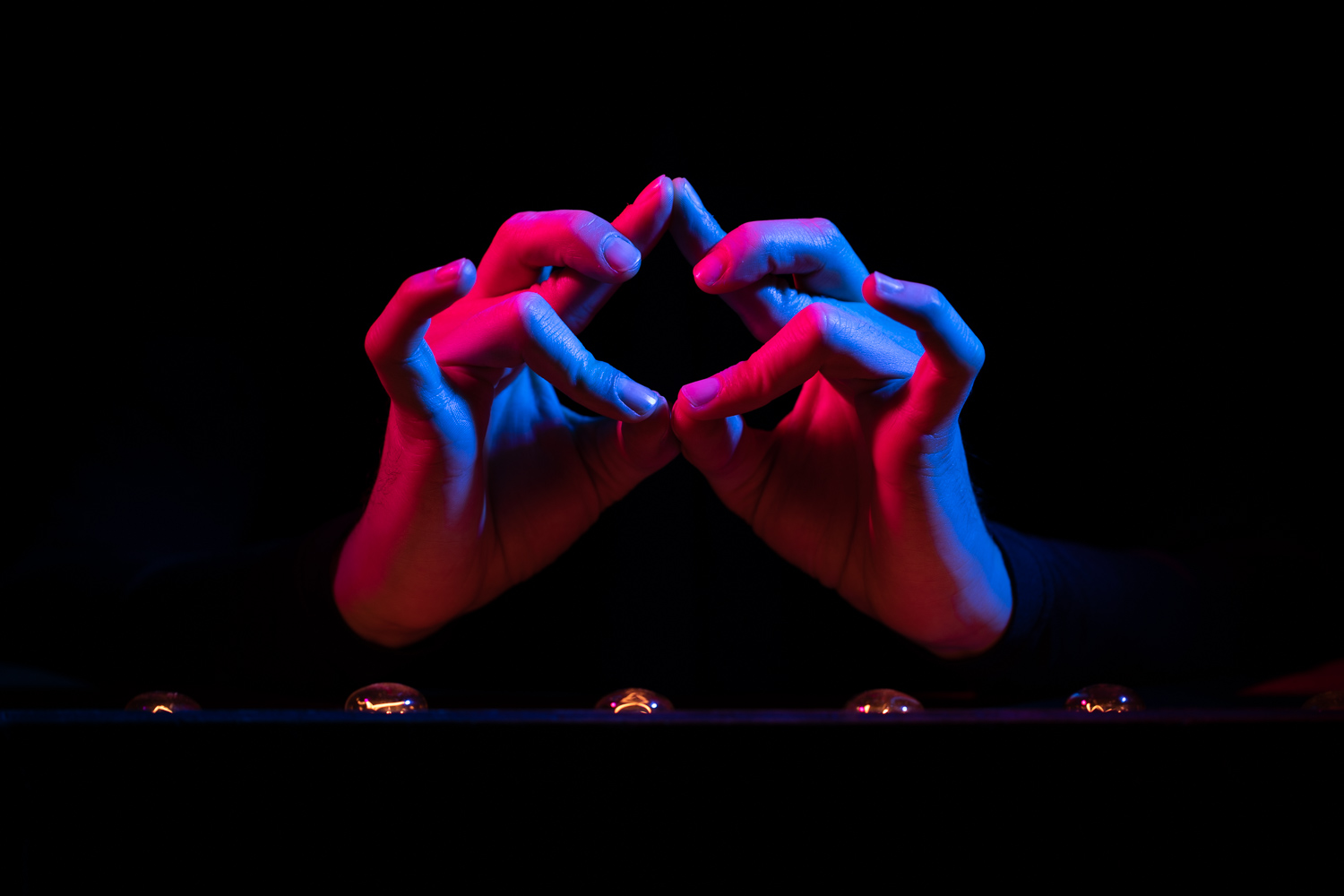 It is the story of the Human as Demiurge and his decision to create the universe, through his magical gestures that write the creation in the air: lines of light with a magical effect and in suspension, which then materialize becoming the image projected on the background. Her body “comes to life by itself” when her hands, animated and alive, create havoc with the powers of creation itself!

Born in the 1986, I’m actor, mime, author, director and researcher. After classical studies, I graduated from Philip Radice’s Atelier Teatro Fisico in 2012. My research in physical theatre and figure theatre touches many different cultures: from the masks of the commedia dell’arte to finger tutting,
from Indian and Tibetan mudra and yantra, to vogue dance, to the secret sequences of ninja, to sign language. My hands become faces and characters to tell comic and poetic stories and, through the “hands-up” comedy, dance theater and playback theater, I reach and involve – with deep reflections –
every age group in shows literally handmade.