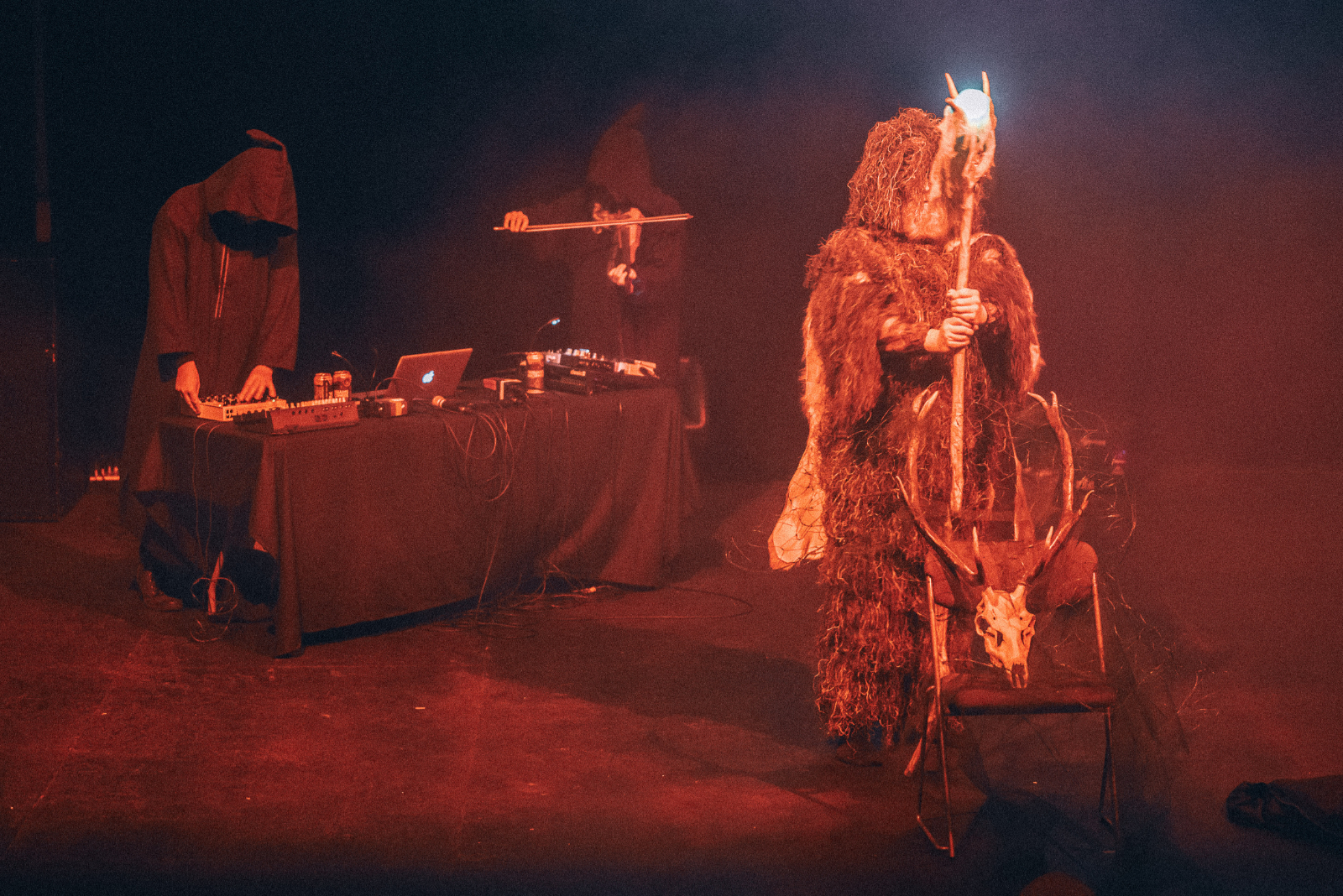 Glasgow occult collective VIDIV return to UNFIX with a devolved, Devonian Era ritual in praise of fungal mycelium. Their previous ‘Carboniferous Space Ritual’ performance in 2019 considered inequality across Earth’s strata and the 1980s Class Struggle of the Miner’s Strike and was described by the festival organisers as ‘frightening and sexy’. We expect this year’s experience to be as thrilling, as it will evoke the medicinal, transgressive and invasive power of Devonian 8 meter tall fungi and the dangers of lungfish, proto-sharks and armoured fish, hinged and grotesque.

VIDIV is a collaboration of Glasgow based sound and performance artists using electronic harsh noise, symbolic ceremony and cathartic interaction with viewers. Our ritual and occult intent will focus on our physical climate, celebrate our flora & fauna, and reflect on human mortality and social morbidity.