Us in the Anthropocene: Sonja Baeumel and Tom Oliver in conversation with Paul Michael Henry 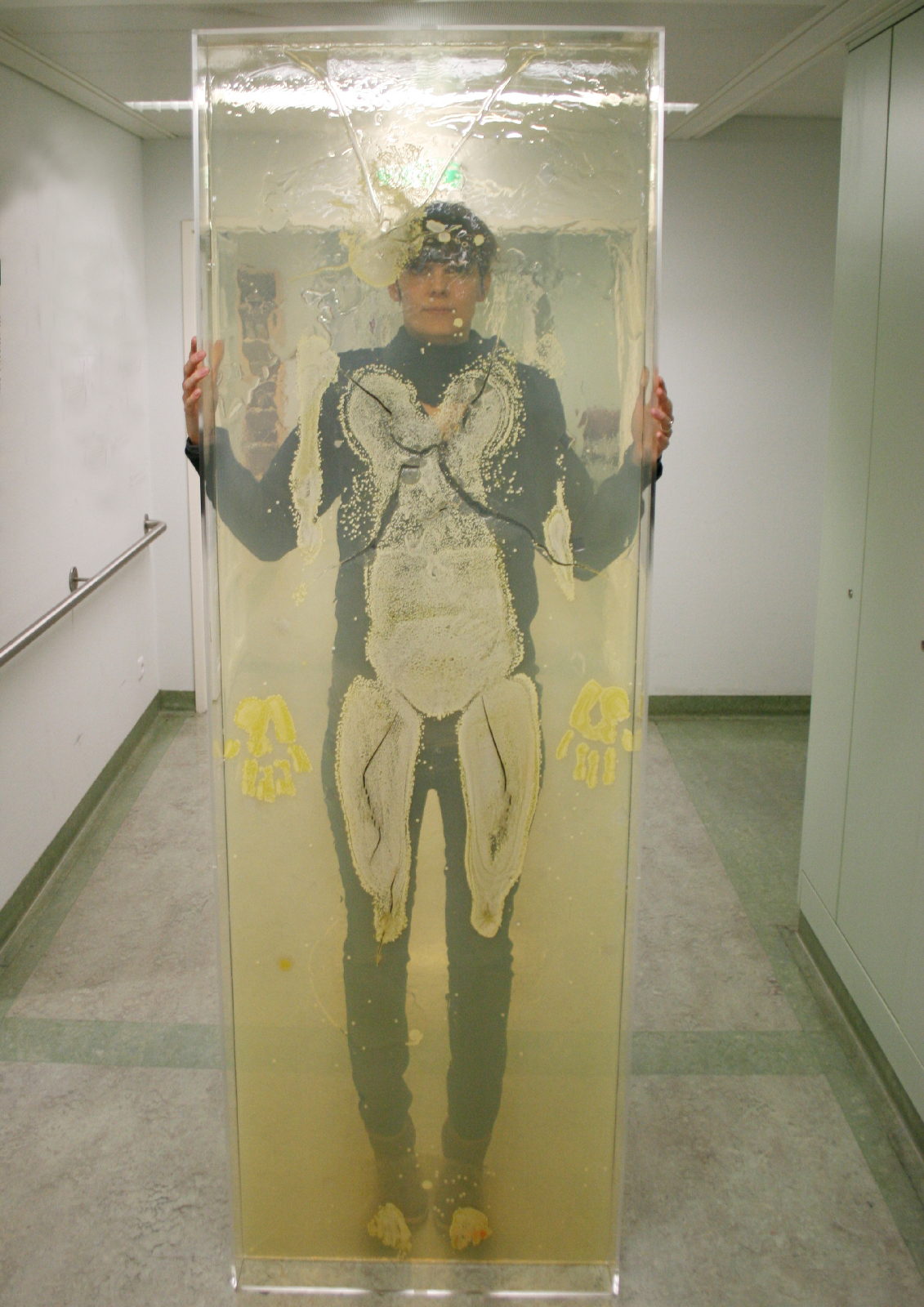 Join artist Sonja Baeumel and biologist Tom Oliver for a discussion of how we can think about ourselves in the Anthropocene – no longer as consumer individuals, but as interwebbed and interdependent processes in touch with the rest of life. Facilitated by UNFIX director Paul Michael Henry.

Tom Oliver is a professor in the School of Biological Sciences at the University of Reading. He is a prominent systems thinker, advising both the UK government and the European Environment Agency. He has published more than eighty scientific papers in world-leading interdisciplinary journals and won two first-place prizes for essays communicating science to a broader audience. His writing has appeared in theGuardian, Independent and BBC Science Focus and he is author of the critically acclaimed book The Self Delusion: The Surprising Science of Our Connection to Each Other and the Natural World

About the book:
Most of our 37 trillion cells have such a short lifespan that we are essentially made anew every few weeks. The molecules forming our bodies have been component parts of countless other organisms, from ancient plants to dinosaurs. The bacteria, fungi and viruses that make up our bodies influence our moods and even manipulate our behaviour. Every word and every touch we receive from other people transforms the neural networks in our brain and changes our sense of self. The Self Delusion is an explosive, powerful and inspiring book bringing together overwhelming evidence to prove our existence as independent beings is an illusion – and why understanding our many connections is the key to a better future.

Sonja Bäumel is an Austrian artist, independent researcher and art educator based in Amsterdam, Netherlands and Vienna, Austria.

Her artistic research explores ‘the living’, the evolving perception of what bodies are made of. She investigates the influence scientific knowledge has had on the way we have perceived and interpreted the human body historically and how this affects current society and the cultural contexts in which we act. Sonja uses self-experimentation to question skin as a border of the human body, taking risks by engaging directly with the material and by seeking the points where the environment starts and ends. These spaces in-between are vivid entanglements full of life. They annul trans-species boundaries, revealing as yet unexplored forms of intelligence and communication.

Most of her projects involve long-term collaborations and extensive fieldwork. She creates process-driven, trans-disciplinary and imaginary, yet tangible microbial landscapes such as living paintings, sculptures, rituals, installations and performances intending to sense and thus better understand what the microbial paradigm shift means for the limits of the self and the relation between self-interest and collective behaviour.

At the moment, Sonja works as tutor and head of the Jewellery-Linking Bodies Department at the Gerrit Rietveld Academie in Amsterdam, as well as lecturing and holding workshops at different national and international academies and universities.
She studied Fashion Design at the Fashion Institute in Vienna, and holds a Bachelor in Arts from the University of Arts in Linz, as well as a Master in Conceptual Design in Context from the Design Academy in Eindhoven. In 2012, she was awarded the Outstanding Artist Award for the Project Textile Anatomy by the BMUKK Federal Ministry of Education, Art and Culture in Vienna.

Her work has been exhibited internationally at the Ars Electronica Center, the Anthology Film Archives New York, the MAK Museum of Applied Arts, the Museum of Contemporary Art in Taipei, the Museum of Natural History in Vienna, the ZKM Center for Art and Media or the Centre Pompidou Paris. Her projects have also provided the basic impact for documentary films (e.g. BioArt – Kunst aus dem Labor, ORF/ARTE), to which she actively contributed. She is a co-founder of the Dunbar’s Number collective (since 2011), a member of the Pavillion35 (since 2012) collective, based in Vienna, and of the WNDRLUST (2013-2018) collective, based in Amsterdam.