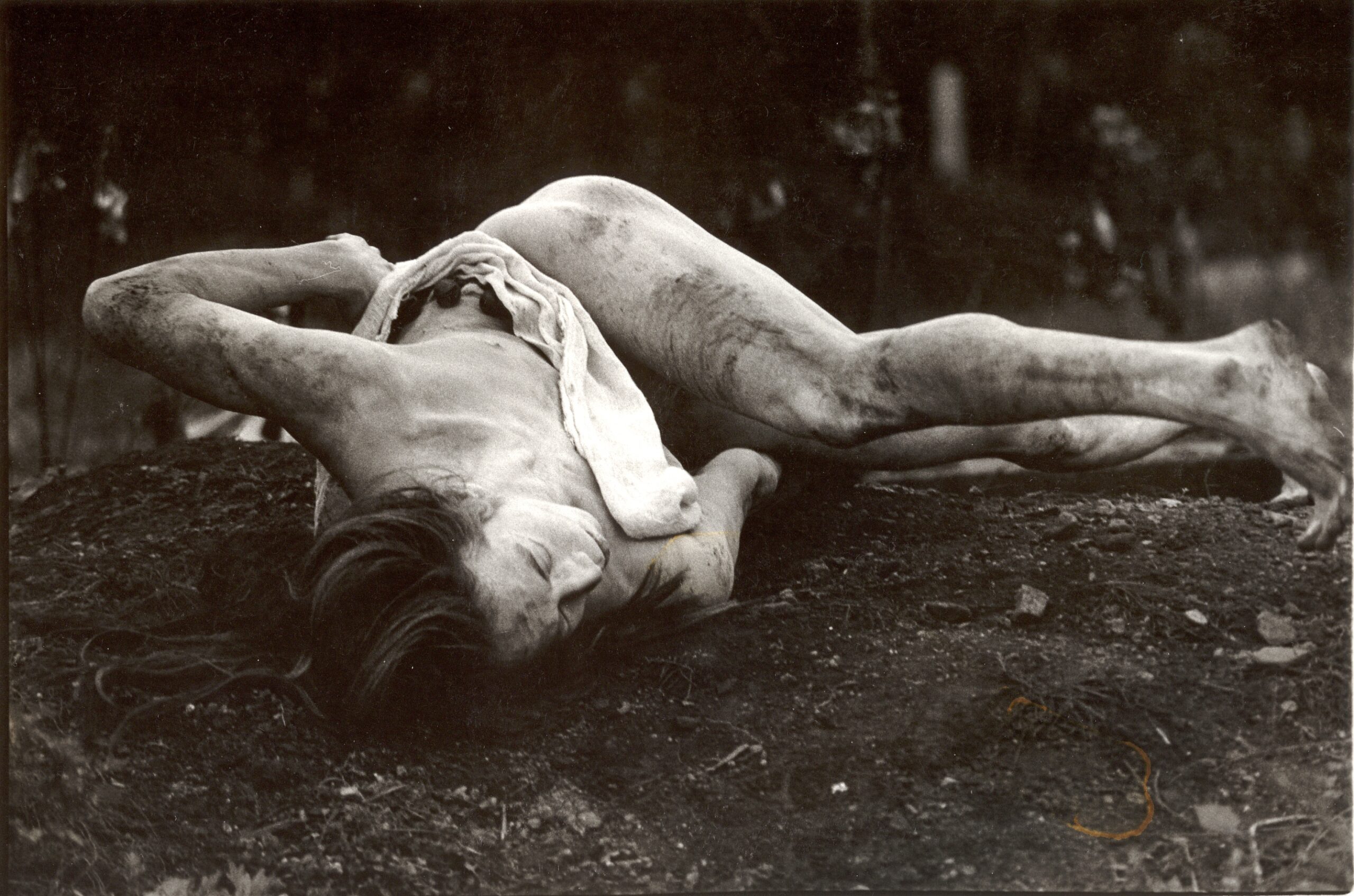 Does my skin separate me from the external world ?

Magma, underground bedrock, surface soil, the atmosphere, the magnetosphere – the layers of the earth.
Membrane of cells, internal organs, muscles, bones, and the body… a wave of emotion, a layer of energy… aura - the inner and outer layer of our body.
Perhaps there is no boundary between me and my environment.

There is only the sensation from the many layers of skin.

The life of the moment, the dance begins with this layered sensation.

Atsushi Takenouchi  (Butoh dancer , choreographer )
Joined the butoh dance company “Hoppo-Butoh-ha“ in Hokkaido in 1980. His last performance with the company was “Takazashiki” (1984), which was worked on by butoh founder Tatsumi Hijikata. Atsushi started his own theme “Jinen Butoh” in 1986 as a universal expression of nature, earth, and ancient times, environments. He made a three-year “JINEN” tour project throughout Japan for 600 site-specific improvisations (1996–1999). Since this time, he has been inspired by the spirit of the universe of Kazuo Ohno and Yoshito Ohno. Since 2002, he has been mainly based in Europe, working on Butoh dance collaboration projects with dancers and actors in Italy, France, Poland, Spain, U.S.A., South America, and other countries. Joining in festivals such as Paris Butoh Festival, NY Butoh Festival, Avignon off Festival, etc, he has been presenting his solo pieces. At the same time, he also collaborates with film makers. The recent work in Alaska and Hawaii, an environmental art film “Ridden by Nature” (by KiahKeya /2014) has received more than 20 film awards. (New York Int’l film festival 2016/ Martinique Int’l Film Festival 2015/ World Music & Independent Film Festival WMIFF 2016/ Polish Int’l Film Festival 2016/ Aviff Cannes Art Film Festival 2016/ and more ) official site & trailer

After holding the 6-month Butoh course from October 2014, he has started long term JINEN Butoh school in Pontedera in Italy since October 2015.