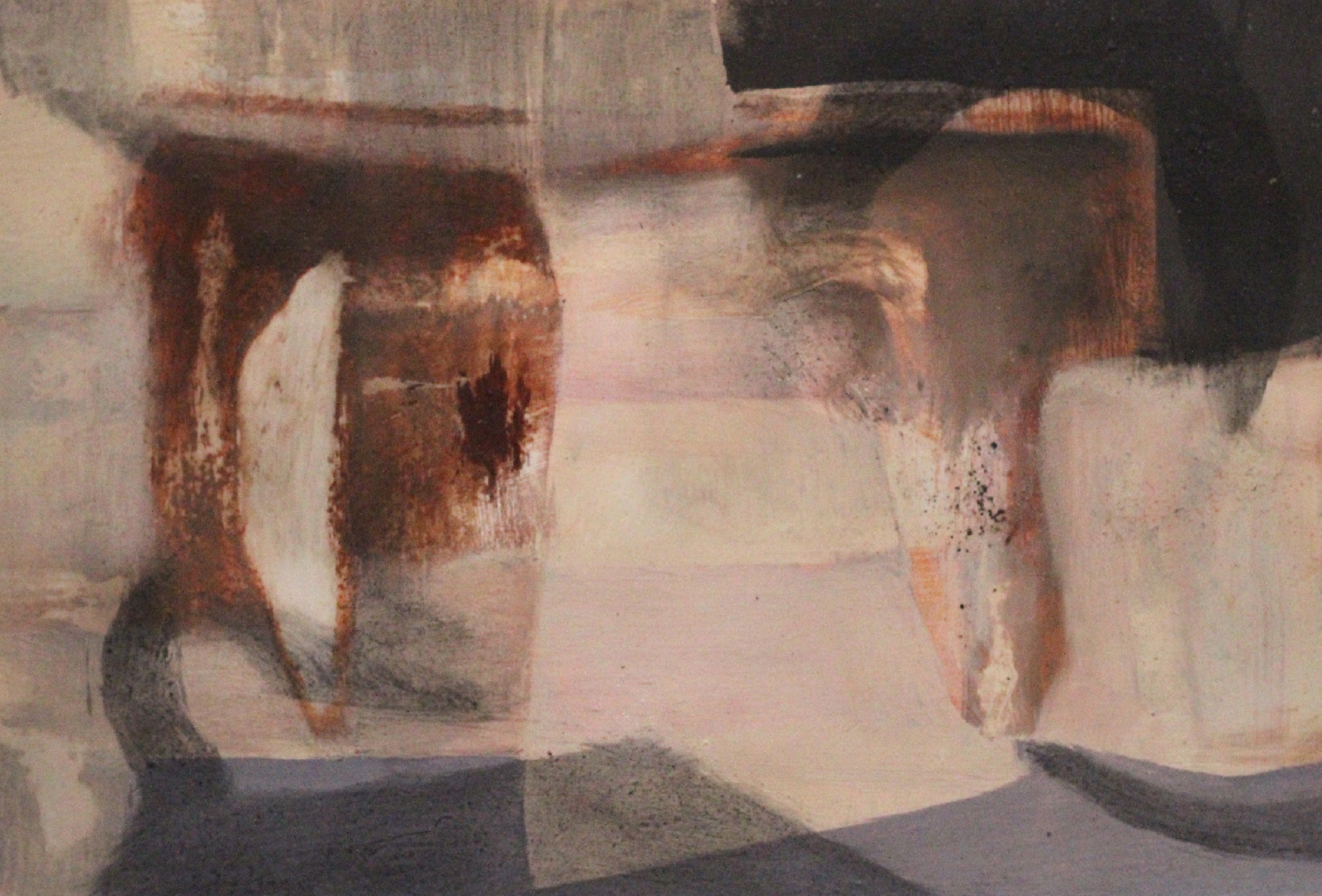 The installation is the result of the artist’s ecological and philosophical practice. It goes beyond the dualism of man and environment.

By configuring an articulated system of relations between different semantic fields, the plurality of a body is investigated through some declinations of the sign.

Iside Calcagnile (Bologna 1993), trained at the Academies of Fine Arts of Bologna and Venice, cities where she currently lives and works, developing an ecological and ecosophical operational practice, indebted to the epistemology of G. Bateson, the philosophy of F. Guattari and G. Deleuze and the research of Professor Stefano Mancuso between botany and neurobiology.

She founds his research on the relationship and non-opposition of heterogeneous languages, and materials, interconnecting painting, writing and sculpture in works mainly of an installation nature that visually translate a systemic approach to the complexity of reality and the overcoming of the man-environment dualism, fundamental concepts for rethink and mend the relationships between man, city and natural environment.

Calcagnile participates in numerous workshops with artists from diverse disciplinary fields, including “Walking from scores”, a schedule of meetings on the practice of listening – held at Le Serre dei Giardini Margherita in Bologna. In Venice She collaborate with
artists and musicians creating audio-visual interventions presented on the occasion of the Art Night. She takes part in the seminar on the Bruno Munari method, at the Barchetta Blu center for studies and services for children, teenagers and families in Venice.

She exhibits in various contexts including Galleria Bevilacqua La Masa (Venice), Magazzini UTO (Macerata), Parsec (Bologna) and the International Biennial of Contemporary Art JCE / Jeune Creation Europenne which presents his work at Le Beffroi in Paris, at the Kunstbygningen in Vra (Denmark), and which will continue in Latvia, Romania, Italy, Spain and Portugal. She is a finalist in some competitions including the Nocivelli prize and Exibart. In 2020 she wins a tender launched by the Municipality of Sasso Marconi for the urban regeneration of the eighteenth-century Borgo di Colle Ameno, where she founds “Spazio relativo”, curating performances, exhibitions, workshops in collaboration with various artists and with the local community.”

This project including multiple aspects of art. It carries out both epistemological research – on forms of knowledge – and ecological – on forms of relationship and relationships. Central are the contamination of different artistic practices and the deepening of the creative processes of the artists involved. The heterogeneity of languages is investigated as an experience of multiplicity and interpenetration.