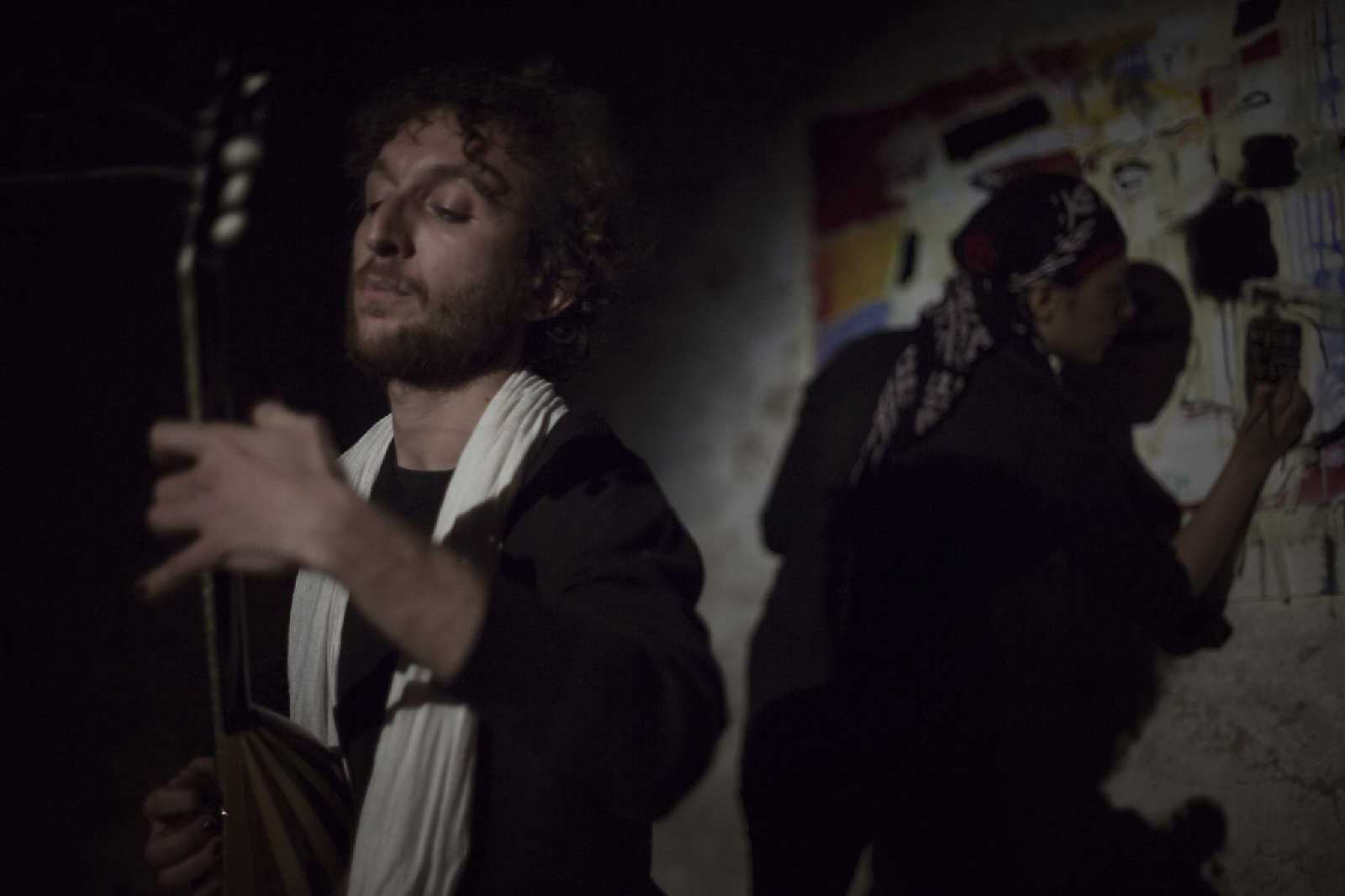 A fragile prayer made up from improvised music (tzouras, percussions, voices).

A poem, not to be translated. Not a single light, only the sounds whispering. Soul to soul.

Graduated in Philosophy and Cultural Anthropology at the University of Bologna. Working with VID art|science (lead by Prof. Carlo Ventura). Working as artisan building yurts and tepees.

In the last 15 years he has performed internationally in many countries (Italy, Greece, France, Germany, Sweden, Albany, Ireland, Perù…). He collaborated with Moving Bodies Festival in 2014 and 2016 (Turin, Glasgow, Dublin, Bologna). He collaborates with UNFIX Festival of art and ecology since 2017.

Yuri is also part of various music projects (UmTum, Nadir, Codeina B Project, Eremo). He has worked as a cinema actor in “I cento chiodi” di Ermanno Olmi and in several independent short movies.

He studied in Pure Ganga Yoga school in India where he received the Yoga Teacher Training Diploma. He is a Reiki Master.

From 2014 Yuri Dini has been part of VID art|science, directing several workshops and performances . In August 2017 he led a research project in Perù called “Il dono di Wiracocha”. In 2020 he published his first book, a collection of writings of the last 12 years.

He’s actually directing the cultural and artistic activities of Cooperativa Sociale Tum So’, based in “Camping Le Querce” (Monzuno – Bo).